Browse the portal that's right for you 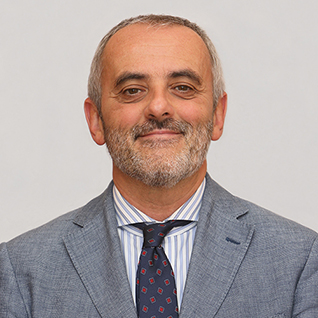 Understanding the reality in which one lives is a necessary condition to be able to act with responsibility and awareness in every field and to become professionals able to make an impact in different contexts. To be able to read a continuously and rapidly changing reality, today, even more than in the past, it is necessary to be able to combine different points of view: from economic to legal, from political to psychological, from sociological to historical.

Go to the Faculty:

For the Faculty, safeguarding the cultural identity of Università Cattolica means placing at the centre of political and social sciences, both in research and teaching, the cardinal principles of the common good, personal dignity, solidarity and subsidiarity. These principles are reflected in the formulation of the academic offer, in the professors/lecturers’ awareness of their role as educators, in the response to the problems and challenges of contemporary society

It is on this idea that the active educational programmes within the Faculty of Political and Social Sciences of Università Cattolica are based, all characterised by a multidisciplinary and interdisciplinary approach, which is therefore the Faculty's point of distinction and strength. This approach translates into a teaching method that combines cultural education and professional preparation. A method aimed at acquiring the ability to interpret phenomena and tackle problems by grasping their multiple dimensions, capable of giving the graduate a flexible profile that is open to the development of new skills in his or her professional future.

The Faculty, only in terms of age, is rather young: in fact, it was born in 2012 from the union of the Faculties of Political Science and Sociology. However, it is a project that has very distant origins, born with Università Cattolica: in fact, 1921, the year the University was founded, is also the year when the degree programme in Social Sciences was created; from this, in different moments, the Faculties of Political Sciences and Sociology took shape. Today the two faculties are once again united in a project that is both solid and innovative.
Many are the figures of extraordinary scholars and masters who have characterised this long history.